If you love spending Christmas abroad then Croatia should really be on your bucket list. 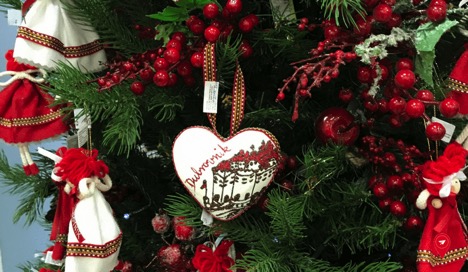 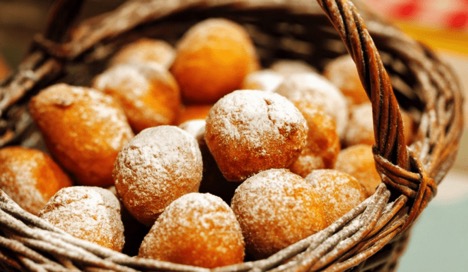 Not just because it offers beautiful ski resorts close to the famous Plitvice lakes, but also because it is a country that treasures its centuries-old Christmas traditions unlike any other.

Ask a Croat to sing some Christmas carols and he’ll probably keep singing all night. Croats love to sing and with a few hundred Croatian Christmas carols to choose from, it never gets boring. In fact, there are so many customs and traditions for the festive season that we can’t mention them all in a single article.

It all starts on the first Sunday of advent. Croatia is a catholic country, as you probably know, so on this day the first candle of the advent wreath is lit. Not that Croats need an excuse to eat great food (they do that whenever they feel like it anyway) but the first Sunday of advent gives the green light for many wonderful dishes and delicacies to be prepared, such as roasts, meat and cheese platters and cakes, lots of cakes. It is in this period that you can really see the contrast between Christmas and Easter, the two most important religious feasts in Croatia, as Croats usually refrain from luxuries during lent while they indulge during advent.

It’s beginning to look a lot like Christmas…or not yet?

Don’t be surprised if you don’t see any Christmas decorations yet in Croatian homes during advent. Even though the shops start selling decorations in November, most Croats won’t start decorating till a few days before Christmas, and the tree traditionally goes up on Christmas Eve. This may seem rather late, but the tree stays until Three Kings Day (the 6th of January). In the past only real trees were used of course, and two weeks is just about the maximum that a real tree will stay fresh before it starts dropping its needles.

It’s all about Christmas Eve

Christmas Eve is by far the best day of the season, not just because the tree goes up, but because it is filled with traditions. Only fish is on the menu on Christmas Eve and ‘bakalar’ (dried cod) is an all time favourite. It needs to soak in water for a day before you can use it to cook with, as it is rock hard in its dried form. The smell of the fish isn’t particularly pleasant, but it’s the associated Christmas spirit that makes it special. Lots of bakalar dishes are prepared, from soup to stew and everything in between.

The smell of cod won’t linger for long though, as another tradition is carried out after dinner, the blessing of the house with incense. It’s usually the oldest male of the family who blesses every room of the house with smoke that leaves a wonderful fragrance. And the smoke doesn’t end there, because now it’s time to light the yule log. It’s a large oak log that goes on the fire outside and should burn all night. Before it goes on the fire it’s taken inside to welcome Christmas into the house. The reason for this is because in the past, the fireplace was in the house and that’s where the yule log would have been burned.

Even the kids have their own traditions

One of the best traditions for kids is the straw that is placed under the table for them to play with, it symbolises the birth of baby Jesus in a manger. Kids also love to pull the ‘Pogača’ a traditional type of bread in the shape of a wreath. Whoever manages to pull off the biggest piece, wins.

After Midnight Mass, Croats wish each other a Merry Christmas (Sretan Božić) by shaking hands and giving each other a kiss on each cheek. If you’re in Croatia, you’ll have to join in!

Of course, Christmas day starts by unwrapping the presents that have been waiting under the tree. What follows are two days of joy, relaxation, wonderful food and lots of singing. While Christmas day is usually spent with family, on Boxing day people might visit friends and neighbours as well. In the evening, Croatia tunes in to watch a traditional Christmas Carol show on live TV and everybody sings along. It’s a favourite way to end Boxing day for many Croats.

Do you have any special Christmas traditions?  We’d love to hear about them in the comments below.