Hidden Places To Discover On A Croatia Twin-Centre Holiday

Boasting over 1000 islands, islets and crags, Croatia naturally has many beautiful, intriguing and interesting hidden places that are perfect for exploration on a Croatia twin-centre holiday. 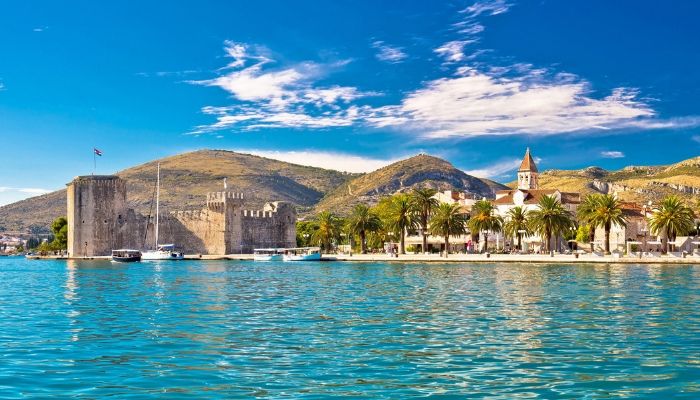 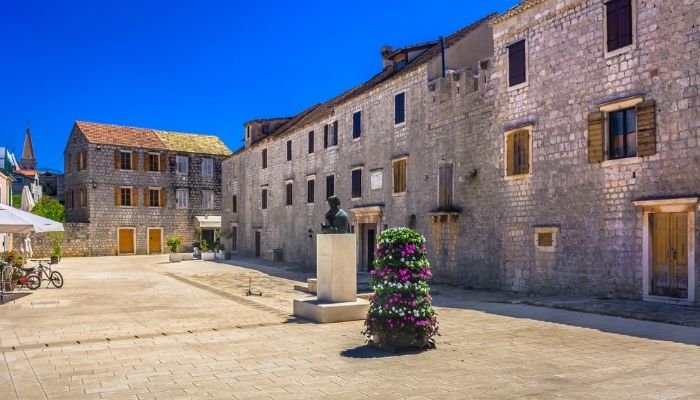 When visiting historic cities and idyllic islands, join a private guided tour to a destination that is not always listed on the tourist map. Explore ancient history and culture in enchanting little towns that transform your enjoyable twin-centre holiday into an exciting and unforgettable journey of discovery.

Take a look at our twin-centre holidays to Dubrovnik here>

Situated on a tiny island that is connected to Croatia’s mainland, the medieval coastal town of Trogir welcomes you to explore its rich history and heritage. The ancient town is easily accessible on a day-trip from Split. It’s connected via a bridge that also links the town to neighbouring Ciovo Island.

On a Split and Hvar Island twin-centre holiday you can enjoy a detour to a delightful Dalmatian town that was greatly influenced by the ancient Greeks, Romans, and Venetians. Trogir has so much historic value and importance that it was awarded UNESCO World Heritage site status in 1979. As you walk along the narrow cobblestone streets in the town’s maze-like centre, you can admire the stunning examples of classic Romanesque and Renaissance architecture that is remarkably well preserved. Visit Kamerlengo Fortress and the 13th century Cathedral of St. Lawrence. From the cathedral’s bell tower you can enjoy breathtaking sweeping views of the historic town.

Check out our Dubrovnik & Split twin-centre holiday with a stop off in Trogir.

On Croatia’s sunniest island you will discover the beautiful protected harbour of Stari Grad. One of the oldest towns in Europe, Stari Grad is situated on the north coast of cosmopolitan Hvar Island. To venture to the ancient settlement that was originally founded by the Greeks in 385 BC, you can join a private guided tour whilst you’re enjoying a relaxing Croatia twin-centre holiday in Dubrovnik and Hvar. If you want to escape the tourist crowds, Stari Grad is the perfect getaway retreat.

Long before Hvar Town was known as the capital of Hvar Island, Stari Grad was the principal town. The charming, picturesque pedestrian-only town is nestled deep into a bay, and is surrounded by winding cobblestone streets that direct you to an elegant square. The popular local landmark attractions include the 16th century stone house that was once home to famous Croatian poet Petar Hektorovic, and the 15th century Dominican monastery and fortified tower. 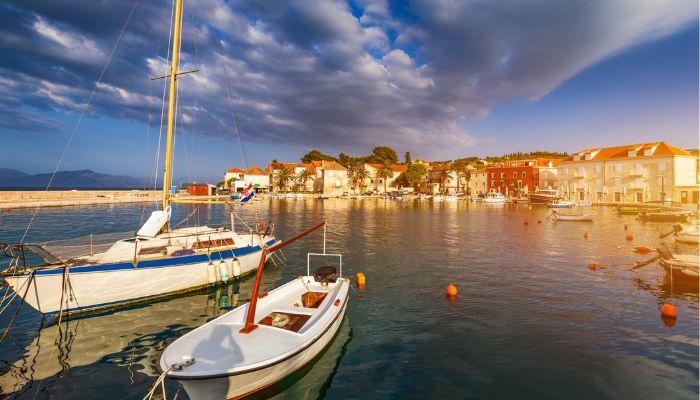 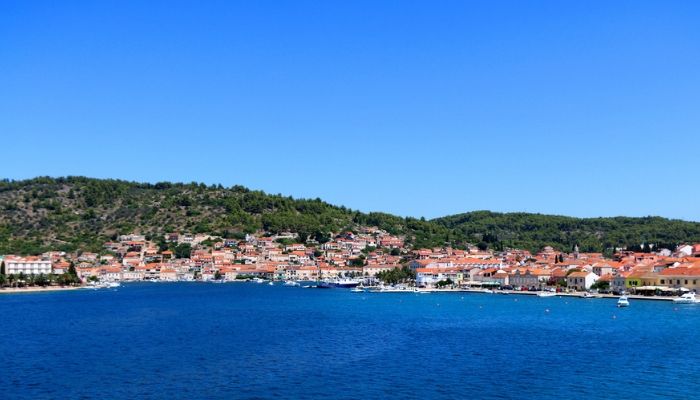 The quaint town of Sutivan can be found on the northwest side of the island of Brac, in close proximity to Supetar. Visiting Sutivan is easy, especially if you’re on a twin-centre holiday to Split and Brac. Locally known as Stivan, the town is adored with authentic architecture that dates back to the time of the Emperor Diocletian. As you wander through the streets you can admire Renaissance palaces, Baroque style summer mansions and traditional Dalmatia houses made of ancient stone.

Aside from the eclectic mix of historic architecture, Sutivan also boasts beautiful pebble beaches and magnificent views. There are many marked hiking and cycling trails that lead you in the direction of outstanding vistas over the town’s lush vineyards and olive groves. You if enjoy an active holiday, visit Sutivan in July to participate in the annual extreme sports festival of Vanka regule.

On a Croatia twin-centre holiday to Dubrovnik and Korcula Island you can enjoy an excursion to the scenic port of Vela Luka, situated on the western side of Korcula. The small town is positioned in an indented bay and features a row of 19th century sea-facing houses that are encircled with swaying palm trees.

If you meander through the olive groves on Vela Luka you will eventually reach the bottom of Hum hill. Clamber to the top to admire the abandoned Habsburg-era fortress and spectacular views of Lastovo and Hvar islands. Explore the famous Vela Spila (Great Cave), the earliest known home of humans in the Adriatic region. The vast limestone cavity features large holes that filter in sunlight to create an atmospheric illumination. To soak up the sunshine and top up your tan, head for the peaceful nudist beach of Proizd. 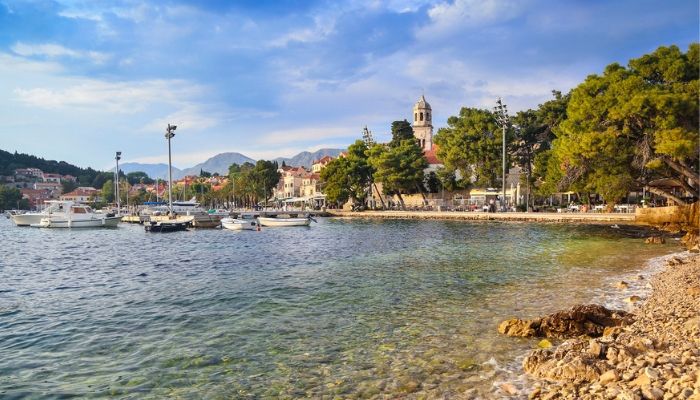 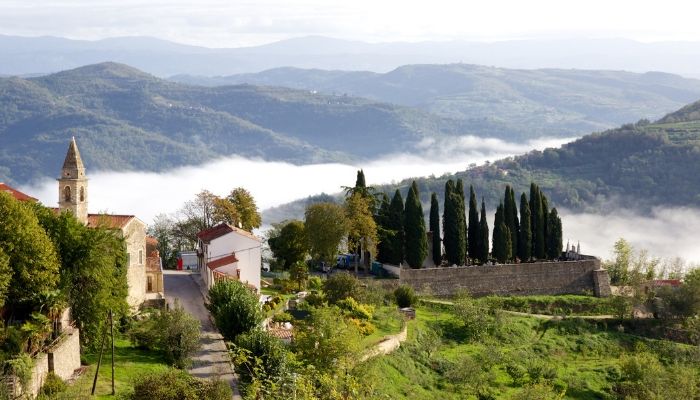 It’s easy to temporarily escape the hustle and bustle of the cities of Dubrovnik and Split, on a Croatia twin-centre holiday. Located a short distance from Dubrovnik lies the enchanting town of Cavtat, Croatia’s southern most resort. The tranquil pretty town has plenty of interesting attractions to tempt you with. For a history and culture fix, visit the House of Vlaho Bukovac, a museum that is dedicated to Croatia’s famous painter. The white stone tomb of the Racic Family Mausoleum showcases stunning architecture designed by the famed Croatian sculptor Ivan Mestrovic. Notable early Renaissance paintings can be viewed in the little church that is attached to the Our Lady of the Snow Monastery.

The ancient town of Cavtat is a great destination if you simply want to relax and unwind in a pretty location. The waterfront promenade features a variety of cafes and restaurants where you can sit, enjoy a drink and just watch the world go by. There are also beautiful pebble beaches located nearby.

Perched 280m high on an Istrian hilltop overlooking the Mirna River, the picturesque town of Motovun is a popular day-trip excursion option, on Pula and Rovinj Croatia twin-centre holidays. Historic and ancient Motovun is not a run-of-the-mill tourist destination. The rural town is surrounded by scenic countryside that is embellished with dense forests and lush vineyards. Its beauty is often compared to Tuscany’s.

If you’re a gourmand, Motovun is an essential hidden place to discover. Deep in the green and humid forests the exquisite and expensive delicacy of black and white truffles can be found. You can join a private guided tour to hunt for truffles, with the help of specially trained truffle hunting dogs. Alternatively, you can sample authentic truffle inspired dishes in the local restaurants. If you visit Motovun in the summer months, you can enjoy the film festival that is hosted in the town every year.